In pursuance of those messy/wild/transfigured things…

Sonya rests her feet on the dashboard, her elbows resting into her hips as she rummages through emails and media via phone. Several hours have already hummed into us, the long expanses of grasslands, the Sioux Reservation, among others. Flat roads tapered over the curvature of the earth.

I want to crawl into the wrinkles
blade play at the edge of
un-meddled clay fortress
lumpy, unfiltered, precipices
of thighs and earth spines
of red desert pastorals

but the land rests announced
by a brooding sky, the yellowing flowers
the bison laying, the bighorn edged

I want to touch all of it

but it should not be touched,
I should not crawl into
for the sake of finding myself within
no matter how strong the lust
of wild wind pressing across
maze and maddening erosion—
such calm expanse of plains
despite lightning
and the desecration of clouds

how these lands belong to the Thunderbird
to the native tongues blessing story,
their thunderous words raining like dust
into our throats, but never swallowed,
always mute to the masses.

“When I think of the word reservation
I think of confinement, a silencing,
a withholding of something or someone,” Sonya says
and that is exactly what has been done.

It’s almost midnight and we still have three hours to Minneapolis. Sonya and I trade seats at a gas station seemingly without time and place. Cracked curbs, chatty locals. She throws the blanket over herself and I press on. And despite being exhausted, I just want to get it over with. I take it as a challenge. That I am the only one who is willing to push the boundaries of deprivation. A mental exercise. What will-power do I have over my mind to not fall asleep?

It sounds crazy. It sounds stupid. Beyond control? No. Maybe. I never swerved nor found myself gasping for sight after unexplainable dimness.

It was a piercing tunnel vision. My eyes fixated on the road, high beams, gripped hands. My body, ghost after ghost. I willed myself there, with numbing fervor, and it came, every inch of it, as all things eventually do. 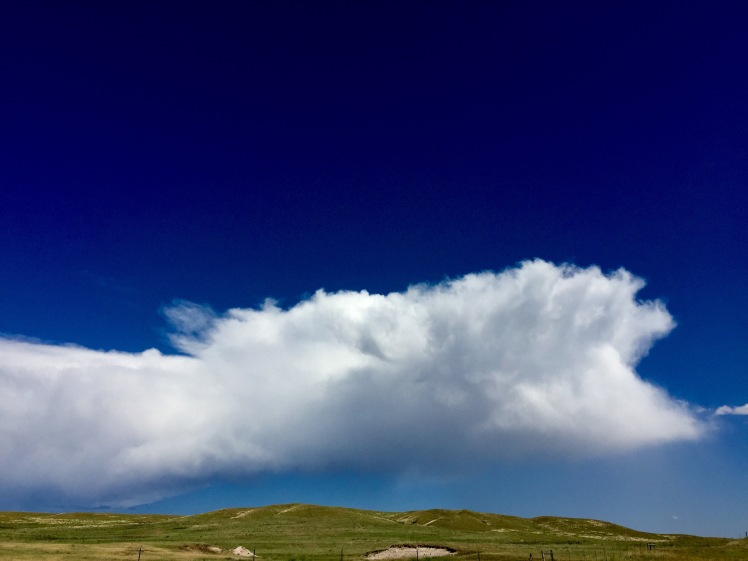 Anne is brimming. A bike mechanic, artist, dear friend of Sonya. I slept in the sewing room where the orange cat snuggled for a short while, purring into my ribs before wandering off across the wood floor. A floor noisy for us humans, silent for thoughtful paws.

Egg sandwiches are made. French-pressed coffee. We drive around town to run last-minute errands. The thrift store is astounding, but I hold my pennies this time. Anne takes us to a restaurant called Holy Land, Mediterranean fast food. It’s amazing. Minneapolis is honestly the most diverse metropolis I’ve ever been to.  Women wearing hijab, Black Lives Matter signs in windows, tattoos worn loud and proud, neighborhoods embroidered with rainbow flags. “I can totally see myself living here,” Sonya says.

We drive north to White Bear Lake to meet with Hatie at her mom’s current residence. Hatie is the founder of WhoaMag, currently lives in Chicago, and is our unofficial trip leader. She is also providing her uncle’s canoe. This is my first time meeting Hatie and my first time undergoing a multi-day trip via water and vessel. We pack our things into Ziplocs and dry bags, talk about costumes, giggle ourselves silly to the taste of red cherries and wine. Both Hatie and her mom are thin and long, have short, curly hair. Hatie’s mom speaks and it sounds like singing, the long oh’s of jovial Minnesota talk. Sonya and I sleep on the floor in a spare room. Thunder and rain wake me in the middle of the night. We had cracked the sliding door before sleep, but I lay there and listen instead of heeding to the impulse to shut the sounds.

I wander between birch and pine, the moss, the slithering roots, the low sun cut by thin trunks into beams of allurement. Somewhere back here, past our tent, is the loo, or as Hatie calls it, the biffy. In the Boundary Waters, this means a wall-less plastic seat over a hole. It’s somewhere 150 feet from the edge of the lake. I find a narrow trail laden with mosquitoes. Yet something in my chest starts drumming, a soft palpation that quickly hastens and radiates into my throat as it flutters into a purring rage and stops. I stop. I place my hand over my heart, bewildered, anxious.

“Did you hear that?” Sonya calls from the fire ring, standing up. “Rather, did you feel it? It’s a male grouse calling for a mate.” It’s a sensation I could have never imagined. Thrumming its wings against a log in the woods, a Ruffed Grouse, echoes territorial love songs directly into the rib cages of all who happen to be nearby. And every few minutes, that thick, bloody beat is reverberated into my chest, louder by way of sound-only-felt.

Today we had paddled through still water, the reflecting sky stirred by my clumsy strokes. Groves of reeds or long, flat grass drew lines and patterns into the glass. This is a place that didn’t exist in my head before my coming here, as in, I had no tools or words to fathom the gravity of these waters, the bald eagles, the muddy portages, the mosquitoes, the sloshing boots.

Looking east, someone brought up grapefruit as we watched the sun set, slicing avocado, smelling summer sausage, tracing the growing welts from bug bites with our fingers. The birds sing like quintets of flutes. There are aspen, red pine, fur, maybe all the needle-nosed trees. Sonya has started the fire and the light against the lake fools me into believing that if I follow the stone steps down to the water’s edge, you’ll fall away, airborne. Yet as romantic as it all may be, the mosquitoes are what keep me sane and seated, layered in clothing and swatting, occasionally smearing blood that is hopefully mine.

But it is the loon that now captivates me the most. Its hollow croons, melting, winnowing through the fading dusk. Eerie howl over blue water, purple to the touch. Fireflies appear. Sonya attempts to make tea with green pine needles, but dislikes it and tosses the tea upward, where the moon hides behind grey cloud. We are expecting rain tonight, so we settle in the tent, three writers, scribbling on paper with pens. It’s almost hilarious as we become self-conscious. But we continue to journal in silence, scuffing palms into our words.

Hatie suddenly does burst into laughter. “I just imagined the pans crashing and Charmin the bear coming around to our tent, ‘Got some T.P. yo?’…Yeah, that’s what my brain just did.”

My own brain does something bizarre. In the distance it sounds like radio banter, distorted voices, monotone and matter-of-fact conversation. “Do you two hear that?” I ask, pressing my ear into the mesh of the tent. “I hear voices.” They don’t. My brain believes it to be human, maybe more than, as it grows creepily by way of it being so alien to me, and for a moment, I’m utterly perplexed.

“You mean the bullfrogs?” Sonya laughs, mimicking their low warbles. The underwater jabber that crackles into the bad radio waves of my imagination—yes. I’m amazed and curious as to why, having never heard of such a sound, my brain tried to make it human. That I was the only one who could hear it that way.