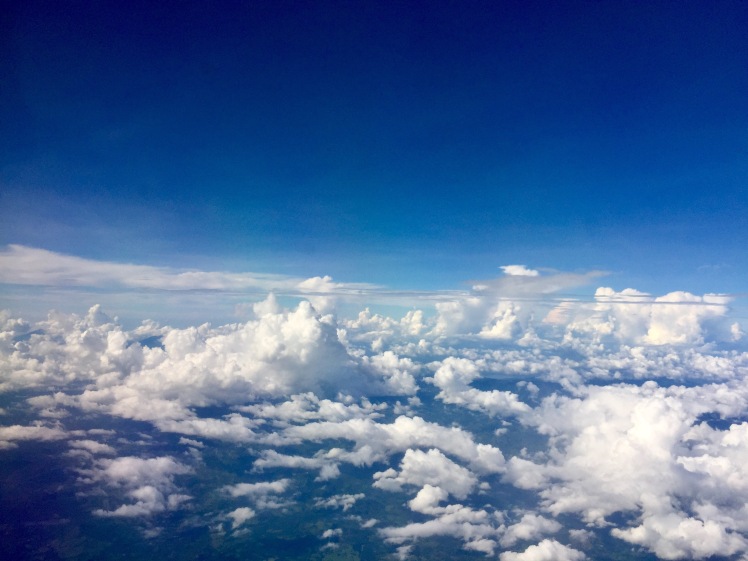 Words and photos by Sara Aranda

There’s a weird intimacy with letting the wind blow hair into my face. Late sunlight. Gold. Brown hair. The only gestures for miles are happening right here, cheeks and lips and hair, then fingers to brush away the tingling sensations of touch. Or so it seems. The jungle covers everything, and I’m sure gestures are happening from the floor to the canopies, from ant antenna to a howler monkey’s throat.

I love movement and I love change. The simple passivity of riding in the back seat of the car through jungle mountain roads is powerful. It has been my goal to pay more attention. Paint the world with words. I will make it as a writer someday, I chant. I just have to keep moving to make it there. It won’t come to me. Not yet. But the plan is to commit myself full-time now. I’m done with menial work (…I’ve never said that before).

So this is The Honeymoon pitch to the ultimate climb that is my life (I’m stealing your metaphor, Erik Eisele): easy terrain ahead. I’m traveling abroad, but now it’s with a husband. Our Spanish is okay, mine is better than his. But life is present with me now, more so than the last 6 months.

I see what I want to see, as we all do. And right now, it’s love. It’s wind. It’s patience. It’s a finality. At last, I know what I want to do with my life; continue into the unknown, wade through the trees and silhouettes, let go of the brink of my own boundaries, and dare to be a part of my world instead of stare at it from a backlit screen. I need to feel the grit. Know every horizon. Then press the words onto paper, for you. You will know my life because I will share it. Do with it as you will.

And Patrick? He is a tree and I am the bird who nests in his arms. I fly with the wind he braids. I sing to the clapping of his leaves. There is no better home. 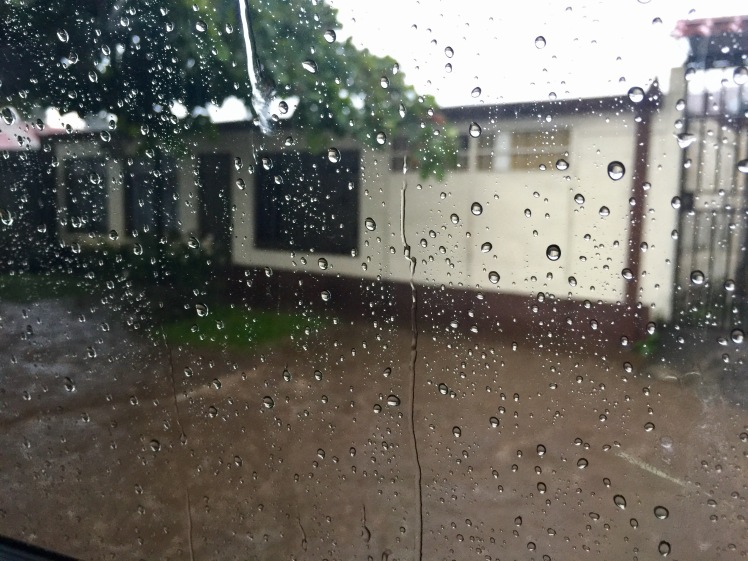 We had landed in the San Jose airport around 3pm, local time, 10/1. Pouring rain. Humid air. My new debit card has a chip and the ATM at the airport wouldn’t accept it. I was furious. This is how I did it in Nicaragua and Chile for the best exchange rate into local currency. So I had no plan B, this should’ve worked. Instead of waiting to discuss money with Johnny, our Costa Rican friend waiting to pick us up outside, I went to the Global Exchange counter. I argued with the woman for 20 minutes about how she was lying and trying to scam me. The exchange rate is 545, not 479 colones per US dollar.

But I felt stuck. Patrick said we should just do it because what else would we do? The lady kept repeating how I most likely wouldn’t be able to use my debit card with the chip anywhere and I had no idea whether to believe her or not. I failed to do research on chip technology down here. Fuck.

So, basically for $500 I would reallyget $440 worth of colones, and the $60 would be kept secretly for themselves. They claim no commission is made but they hide it by giving you a lower exchange rate than what they’ll get from my bank and if asked, they would call it a typical “trade margin.” I knew they were a scam and despite my gut twisting in knots telling me to just (flip them off and) leave, I said okay. “Welcome to our country!” the lady ends with. “Thank you for letting me screw you,” is what she should’ve said.

Outside we were immediately bombarded with chatter from Taxi drivers. I saw Patrick (who was ahead of me) tune into what they were saying, then shaking his arms, no. I caught up to him and pushed onward, telling him to ignore them. Suddenly Johnny busts through the front ranks with a huge smile on his face and pulls us through the exiting crowd. His long, blonde hair was gone and his frame thinner than last we saw him. “I’ve been dieting hardcore,” he told us. Johnny has dual citizenship, born and raised in Costa Rica from expat parents. I met him the same time I met Patrick, as they were dedicated climbing partners in Colorado. Johnny came back home to Costa Rica a few months after Patrick and I left Colorado last year. What initially started as a vacation from his two year stint in the States, turned into normal life again, and seven months later, he’s here picking us up from the airport.

The rain was warm. We caught an Uber to his mom’s place up in the hills skirting the city. Gutters were flooded and carrying wrappers and empty plastic bottles. Cars were wading the rain-filled streets. Johnny apologized for the scam at the airport. His debit card has a chip and he uses it everywhere. The Uber turned onto a dirt road and we unload at the front gates to Finca Laurel. The finca (farm) was a small parcel of land with a few houses and exotic gardens, owned by Laurel, of course – Johnny’s mother. I had met her briefly in Colorado when she came to visit Johnny. Her energy was always positive, her smile genuine. So we were welcomed with deep hugs and laughter. A killer surfer in her day, she came to Costa Rica chasing waves and freedom. You could call her a hippie, I guess. She soon after met Johnny’s dad, Todd, on the Caribbean coast and fell in love, had 2 children. I don’t know the rest of their story, except that they divorced and she moved to San Jose. But first and foremost, she is an artist and business woman, and works hard. She paints on large canvases that are then treated and turned into rugs, or floor mats, rather. A definite role model.

That evening we sat on the patio and watched the rain dissipate. One of her cats sat on the tile, legs tucked in comfortably, eyes half-closed in a smile. We walked around to look at the trees and plants; neon red flowers and hues of pinks, blues, and greens dotting the gardens. Kale and rosemary sat in rows. Banana trees loomed over us, the scent of wet soil, and yellow webs belonging to the golden silk orb-weaving spider. The yellow tinge only brought more color to the jungle we now found ourselves in. These spiders were some of the largest spiders I’ve ever seen, and they web in clusters, their bodies like constellations in a sticky cloud. Raindrops slowly rolled down their webs, painting their paths in straight lines. 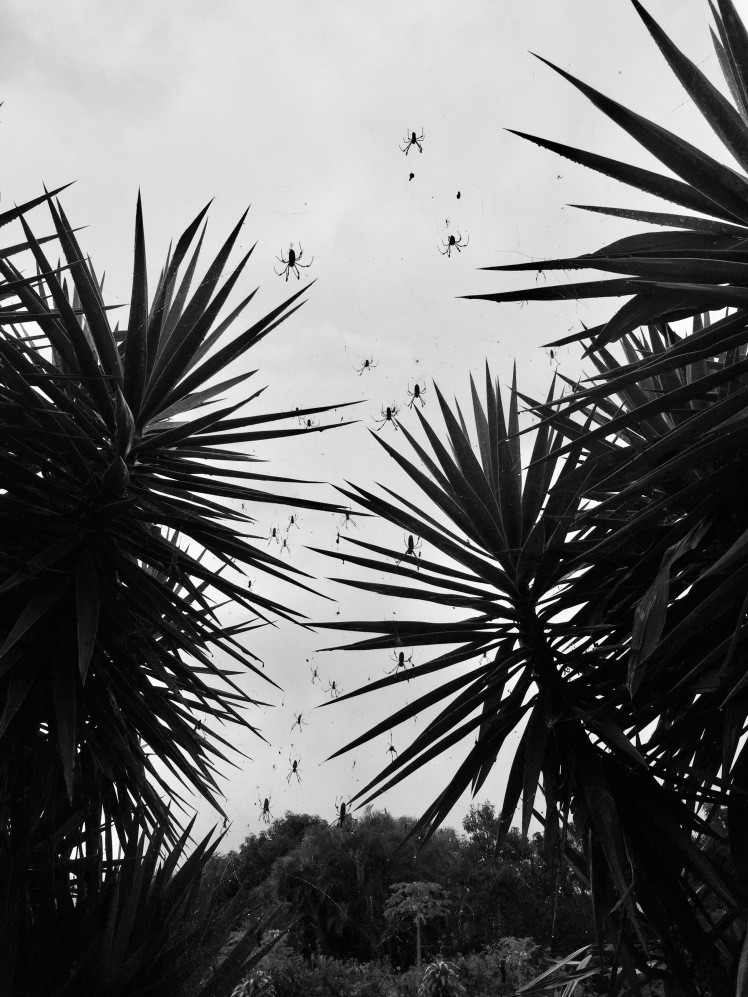 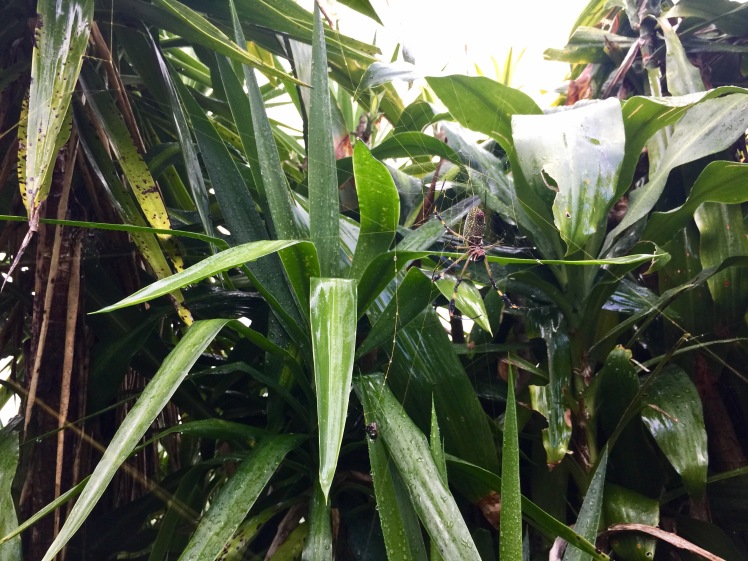 Dogs bark in the distance. Laurel makes us hot black tea and pizza from scratch, with roasted red peppers as sauce instead of tomato. Johnny makes blueberry pie, as it happened to be a cheat day from his diet. Thunder rolls across the valley, along low clouds. Lightning. A simple song: pattering drops of grey sky on corrugated metal rooftops. No wind. Lazy eyes. Laughing mouths. Sky stretches apart, becomes the moisture I breathe. Más té. The cat steals the wicker chair. Thunder rolls deeply for 15 seconds, touches every cloud, long enough to question whether the Earth is moving too. It tilts the trees slightly, seems to. Mango trees, banana, palm. A tea kettle hiss and the window fogs. We were not near the ocean there, but maybe the thunder carried its echo.

She had bottled red wine on the table, conch shells, and decorative vegetables lining the walls. Jewelry and beads. Polished stones. Wooden masks shaped from drift wood. Books: Walt Whitman, John Steinbeck,The Celestine Prophecy, Animals in Translation, The Enchanted Canopy, Power of Now, and many others. Her workroom is lined with paints and supplies for her work.

At 6pm the sun was gone and it was time to feed the dogs. They checked the perimeter and barked before being sent off to bed. We all talked surfing and climbing, Johnny talked about the house-building business he currently works in with his dad. They farm their own wood from land they own, build everything, including the doors and cabinetry. I finally learned the name of the town we were headed to the next day, where we’d be staying for 3 weeks. Cahuita, named after the Cawa tree. This is where Johnny grew up, where his dad still lives. It’s a small tourist town on the Caribbean coast near Limón, known for its Afro-Caribbean creoleculture, where the majority of residents are from Jamaican descent. Johnny fills us in on all the wildlife and jungle we’re about to live with. I asked about jaguars and snakes. “Ocelots, that you never see,” Johnny answered, “and all kinds of snakes. Brown diamond-back pit vipers called Fer-de-lance, basically a 3-step Charlie. They’re definitely around.”

With that we got ready for bed, heard geckos chirp in the middle of the night. Memories of sounds and smells came back to me from my 3 months in Nicaragua. But back then it was dry season, and the Northern coastal village I lived in was more like Northern California, a combination of farm land, wooded areas, and a hint of jungle. This time, here in Costa Rica, it’s the tail end of the rainy season, and we were headed right into the humid, dense Caribbean jungle.