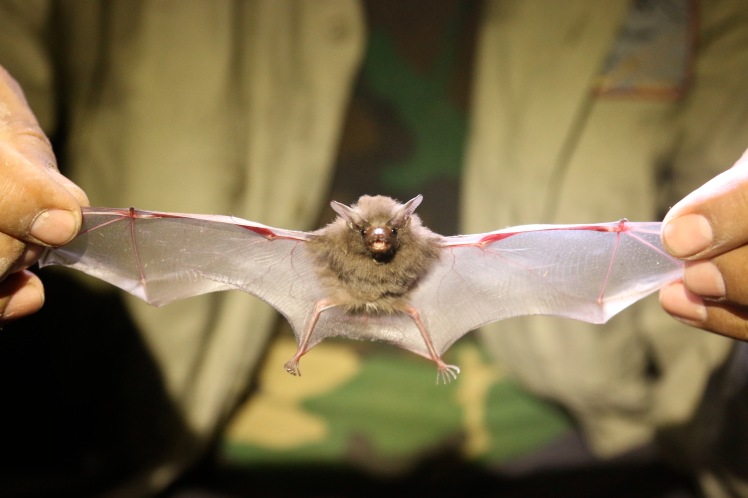 For me, a truth doesn’t seem real until I’ve sensed it. A limit isn’t defined until I’ve fallen over the edge. A forewarned dead-end is a suggestion until I’ve followed the trail and walked into the headwall. A couple times. This may lead, for example, to a bad sunburn, a stolen passport, an impossibly double-booked schedule, a lightning-lit retreat from a ridge, and a mild apathy for space travel (speaking from experience). I can’t pretend that I’m brave or strong or stupid enough to deal with that fallout by myself, so to all who have helped me get through my “learning experiences,” thank you.

But the fallout is worth it because it means a world that I’ve smelled and tasted and rolled around in, not just read about or been told about. It means a world I’ve made bigger by pushing back the edges, where exploration, not knowledge and certainly not utility, is most valued. It is a world where I know more than I need to scrape by, so it’s also a world where I have something to work with, should something unexpected happen – and it always does.

It works for me, and it’s pretty straightforward in the physical dimension. Do something, then see what happens. In the conceptual dimension, the world of ideas and incomprehensibly-scaled reality, it’s pretty similar – say something, then see what happens. Even though I’ve never been one to follow advice, over time I’ve come to appreciate getting input from others. It’s like collecting data: see what points I haven’t considered, learn how people with different operative world views would act, hear how it sounds out loud, watch what lifted eyebrow, narrowed eye, or irrepressible smile it may engender. It’s a reality check, a chance to take all the stuff in my head out for a walk in the fresh air and bounce it off the people around me.

I think of this habit in terms of redundancy. In climbing, we ensure our safety by always having redundancy in the system: tying in through two points on our harness, building anchors with multiple pieces of protection etc. So, no matter how unlikely it is that one piece of the system fails, there is always a backup. I feel generally confident in the reliability of my brain, but all the same, a second opinion helps guard against unexpected failure.

But, I’m realizing lately that redundancy in thought (unlike in climbing) can be unnecessary or a hindrance. Earlier this year I asked a friend what I should do about a work/climbing conflict and he replied, “I don’t know, you’re a grown-ass woman.” He was right; it was my responsibility and I was more than capable of making the decision on my own. My desire to consult with others had become unproductive, and was in fact just a poor excuse to dither. In other situations, the people around us can’t provide a reality check because their reality is so different from ours that the redundancy supposedly achieved is just an illusion.

In the end, I was empowered by my friend’s reply, and chose climbing because I listened to what I needed, not what someone else thought I needed. But the word “woman” continues to echo in my memory of the event. I wonder about how echolocation, particularly with regard to consulting others, is linked to gender norms that encourage women to seek the opinions of others, to make calm, well-informed decisions, and to build consensus. I wonder if I would operate differently under the influence of gender norms like those encouraging men to be bold and decisive, to stir the pot, to be more individually focused. It’s something I will continue to ponder.

A bat, croaking sound into the night, can’t build a picture of empty space. It needs the world to bounce its sound back, changed.

How do you like to learn? Do you frequently seek the advice of others? Do you trust yourself to be the best judge? Do you sometimes push your luck? Do you feel like you’re encouraged to operate in a certain way? If I am a bat, will you be the world?

Birch Malotky is currently a freelance writer/recreator living in her 2000 Toyota Tacoma who wants to do everything in the world, now. She enjoys rocks, apples, the click of a carabiner closing, cooking, and poetry. She believes in social justice, conservation, the power of the human connection, and serendipity. She also spends a lot of time thinking about the way that people relate to their environment and is a terrible singer.